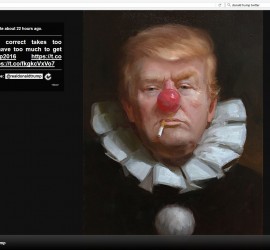 Back in 2012 I had this wonderful idea to build a website that attempted to determine the gist of a tweet from any Twitter timeline and marry it with something visual from Flickr.  This idea became fleekr.co.uk and it was going to be my pet project to keep improving it […]